When you book with an account, you will be able to track your payment status, track the confirmation and you can also rate the tour after you finished the tour.
Sign Up
38 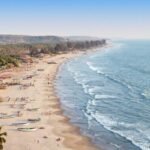 Russia is truly an imperial country, going by its large and superb monuments and structures, wide roads etc.

The underground Subway is one of the deepest in the world as you need to take 3 flights of long escalators to reach to the trains, the railway stations underground are the most beautiful in the world. You will enjoy Russia just for this itself.

Moscow is the capital and has gasping sights – the Red Square itself is a tour in itself, it is a large place and about half a kilometer end to end. The St. Basils church at one end is the very symbol of Russia, with its colorful domes. on the other end is the sate historical museum.

Apart from the red square you can also visit the rest of the Kremlin here.

the Bolshoi Ballet is not to be missed.

Apart from Moscow, you can visit another Imperial city – St Petersburg formerly known as Leningrad.

St. Petersburg is a Russian port city on the Baltic Sea. It was the imperial capital for 2 centuries, having been founded in 1703 by Peter the Great, subject of the city’s iconic “Bronze Horseman” statue.

3 to 4 Hours Before Flight Time along with Covid PCR tests or vaccination certificates, which ever is available at the time of departure. Or according to the rues prevailing at the week of departure.

Check into your flight to Moscow, Be at the airport at east 4 hours before departure as it may take some time to finish the checking for COVID related papers.

Arrive at Moscow, and your transport will take you to your hotel for check-in. Dinner and overnight.

After a good nights sleep, we have a good breakfast and then are ready to proceed for a sight seeing tour of Moscow. We first visit the most important place – the Red Square, which is spread over a very large area, the end to end end itself  is about half a kilometer , from the entrance of St basils church on one end to the natural Museum is about 330 meters. the sight of one monument to the other looks miles away.

Later we come back to Moscow train station to catch our high speed train to St Petersburg.

We arrive at St Petersburg where we have dinner and overnight.

Our morning drive takes us from Swiss lakes to Swiss Army. At the once-secret Swiss army bunker at Fortress Fürigen, we’ll see part of the massive defense system designed to keep Switzerland strong and neutral. Afterward, a short drive into the countryside brings us to the charming Alpine village of Engelberg, our picturesque home for the next two days. We’ll settle into our lodge then head out for an orientation walk. Our stroll through the village will end at the Engelberg Abbey, a Benedictine monastery with its own cheese-making operation. You’ll have free time to wander back before dinner together. Sleep in Engelberg (2 nights). Bus: 1 hr. Walking: light.

An unforgettable trip to the high Alpine wonderland of ice and snow is the true highlight of a visit to Switzerland. Globus Local Favorite At an amazing 11,332 feet, the JUNGFRAUJOCH is Europe’s highest railway station. Jungfrau’s 13,642-foot summit was first ascended in 1811 and in 1912 the rack railway was opened. There are lots of things to do here: enjoy the ALPINE SENSATION, THE PANORAMA 360° EXPERIENCE, and the ICE PALACE. Also receive your JUNGFRAU PASSPORT as a souvenir to take home with you. The round trip to the “Top of Europe” by MOUNTAIN TRAIN will take most of the day.

It’s market day in Lausanne! Enjoy browsing and packing a picnic lunch for our 11 a.m. boat cruise on Lake Geneva. A few miles down-shore we’ll dock at Château de Chillon, where we’ll have a guided tour of this delightfully medieval castle on the water. On our way back we’ll take time to peek into the vineyards surrounding Lutry before returning to Lausanne. Boat: 2 hrs. Bus: 1 hr. Walking: moderate.