When you book with an account, you will be able to track your payment status, track the confirmation and you can also rate the tour after you finished the tour.
Sign Up
100 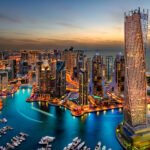 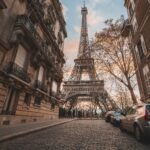 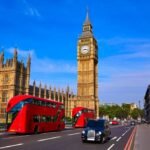 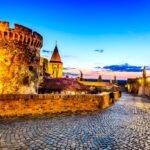 Ltc to Dubai and Mauritius 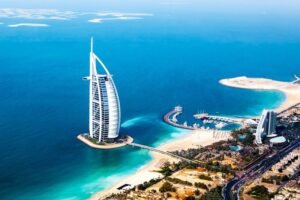 LTC tours to DUBAI and MAURITIUS –

Enjoy a Short outing to the hottest shopping destination – Dubai. Most of the malls in Dubai have got a lot of discounts most of the time.

You will enjoy the modern lifestyle of this particular Emirate, one among the United Arab Emirates ( UAE). The modern part of Dubai has many skyscrapers with Burj Khalifa being one of the tallest buildings of the world. the business district in Dubai can be compared to any of its similar neighbourhods in any major cities of the world.

You can do lots here, you can visit the 124th Floor of the Burj  Khalifa, enjoy the Dessert Safari, and the Dune bashing getting there.

There is a Romantic cruise with dinner. there is something special in all your  Ltc tours to Dubai ad Mauritius !

Or you can just relax and do some window shopping in Meena bazar or any of the high end shopping malls.

Dubai has it all.

Next Destination is MAURITIUS – You can relax in this island in the Indian ocean, a ovely place to cool down in pristine beaches, fantastic greenery and crystal clear waters, with white sands.

Indulge in the sea activities like underwater swimming where you may be able to see the flora and fauna of the seas.

Ile Au Cerf is a not to be missed visit by speedboat.

Chamarel the Seven colored earth and the capital of Port Louis. Have a blast in Mauritius on your Ltc tour to Dubai and Mauritius.

Leave all the bookings and reservations to us including Visas.

Just call us for bookings or book directly online.

3 to 4 hours Hours Before Flight Time, depending on the Covid Vaccine papers.

LTC TOURS TO DUBAI AND MAURITIUS

Catch your flight to Tuticorin via Delhi or Chennai.

KINDLY NOTE THAT THE FLIGHT CAN BE FROM YOUR CITY OF RESIDENCE TO PLACE OF TOUCHING FOR YOUR ENTITLEMENT.

Stroll along this lovely South Indian City and later travel to Chennai to catch your international flight to Dubai.

Arrive at Dubai International Airport and after clearing Emigration and Customs, In the evening get on board the cruise along the glittering moonlight Dubai creek aboard a traditional decorated wooden dhow.

While cruising down the Creek, take the opportunity to enjoy the view of the old and new Dubai with the tall glass and chrome buildings housed in the business district on one side and the old architectural beauty of the wind towers and the traditional styled buildings of the old city on the other side.

Ltc tours to Dubai and mauritius

This morning after breakfast, visit one of the Tallest buildings in the world – The BURJ KHALIFA, enjoy the fantastic view of Dubai from atop the 124th Floor!!.

Later in the evening we proceed for an exciting DESSERT SAFARI TOUR.

Where we will be taken by jeeps across the dessert to an oasis for dinner with belly dance. Overnight at hotel.

This morning after breakfast, We visit Miracle Gardens of Dubai.  the hugely visited garden  occupies over 72,000 square metres, making it the world’s largest natural flower garden featuring over 50 million flowers and 250 million plants.

Later we visit the global village which has the cultures of 90 countries across the world at one place. It claims to be the world’s largest tourism, leisure, shopping and entertainment project.

Later we have dinner and overnight.

This morning after breakfast, catch your flight to Mauritius.

Arrive Mauritius and transfer to your hotel for dinner and overnight.

After breakfast, proceed for the tour of ILE AUX CERFS ISLAND (Deer Island), off the east
coast, Ile Aux Cerfs is one of the islands in Mauritius.

The island has two restaurants, a boat house and miles of beautiful beaches.Enjoy Para sailing here (optional) and thrill yourself.

Return back to hotel and rest of the day is free at leisure. Dinner at the hotel. Overnight at hotel
in Mauritius.

The island’s mountainous center is often overlooked by visitors seeking a quick fix of
sun and sand, which is a shame as the magical mountains,

the Black River Gorges National Park and the bustling towns of the Central Plateau all make for very worthwhile visits.

As you can drive anywhere in Mauritius in under an hour, it’s well worth hiring a car and exploring
the country’s interior for a day or two. Walkers and bird-watchers will love the Black River
Gorges National Park, climbers and hikers will love the idiosyncratic.

Almost whimsical nature of Mauritius’ volcanic mountains and anyone who likes bargain hunting will enjoy a trip to urepipe or Quatre Bornes for the shopping and markets or to Floréal’s textile museum.
There’s very little else to see in the corridor of towns that runs almost unbroken from Curepipe
to Port Louis, but over half the population dwells here and it’s about as unlike picture-postcard
Mauritius as can be imagined, with busy streets, factories, bustling shops and traffic
everywhere.

This is modern Mauritius, whether you like it or not. Southwest of Curepipe lies
a more appealing region of lakes and natural parkland. The Mare aux Vacoas reservoir is the
island’s largest lake. It is flanked to the west by the Mare Longue and Tamarin Falls reservoirs
– the latter named after a spectacular series of seven waterfalls immediately north of the lake
– and to the south by Grand Bassin. This crater lake, sacred to Hindus, is one of the most
important pilgrimage sites in the country.

Then proceed towards Trou aux Cerfs – Mauritius famous crater. From Floreal heading to Curepipe, you will stop on the way to visit the Trou aux Cerfs. This huge natural volcanic crater, 85m deep and 200m wide, was formed millions of years ago.

Here you will have a beautiful panoramic view of the crater and the town of
Curepipe, and when the sky is clear it is possible to see all the way to Reunion Island.

Then proceed for Grand Bassin is a lake situated 6km South East of Mare aux Vacoas in a secluded
mountain area in the district of Savanne, deep in the heart of Mauritius.

It is about 1800 feet (550m) above sea level. Grand Bassin with its Hindu temple is a holy lake for Mauritians of Hindu faith.

The lake rests in the crater of an extinct volcano. It is said that the water inside the
lake communicates with the waters of the holy Ganges of India. The Hindus of Mauritius
declared the Grand Bassin as a Holy lake.

The Hindu community performs there a pilgrimage every year on the Maha Sivaratri (Shiva’s Great Night), on this day they honor the Lord Shiva.
Beside the lake there is a temple dedicated to Lord Shiva and other Gods including Hanuman,
Lakshmi, and others.

Sandwiched between sea and mountains, keeping the heritage and at the same time being the place of big and small business operations. Place d’ Arms with its French colonial buildings, standing in between the old Government house and the sea front with the harbor, giving the visitor opportunity to see the ancient statues and inscriptions made therein.

The eventful Champ de Mars racecourse designed by French in 1740, but used as a racecourse since 1812, the exotic Caudan waterfront which is a large tourist and commercial complex, comprising of three buildings with excellent architecture to view.

One of which is functioning as a hotel. and the mall. Return back to the hotel and rest of the day
is free at leisure. Enjoy your dinner and overnight stay at the hotel.

This morning is free. We later proceed to the airport to take our flight back home. Arrive back with great memories and pictures of your LTC TOUR to Dubai and Mauritius.

Do not forget to send us your pictures and feedbacks.