When you book with an account, you will be able to track your payment status, track the confirmation and you can also rate the tour after you finished the tour.
Sign Up
182 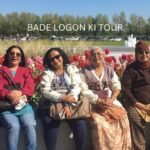 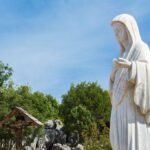 Goa has always and will always enthrall everyone. Not one tourist has had enough of Goa, weather it is for it beaches or its easy ambience or its Portugal inherited Siesta moments, or even if you need action, there are always a lot beach activities and certain places you can hike.

Food – Goa is a haven and heaven for seafood. cooked in their own Goan recepies of exotic herbs and spices, there are many qualities of fish, crab, squids, prawns, tiger prawns and even good lobsters. Along with this is also a variety of fruits and vegetables you will relish on.

Also available is the special Goan drink called Feni distilled from Cashew fruits, of course it is strong but who wants to be totally sober here !!

There is a sizeable amount of history to be seen here a long with its beautiful Geography,

Goa has one of the oldest churches in Old Goa, one of where are the relics of St. Francis Xavier which is open for exposition once in 12 years !

Early History – Goa has been a part of the Maurya empire during the 3rd century.

In 1312 Goa came under the Delhi sultanate.

Later in 1510 Goa came under the Portuguese and was later part of India only around 1961 after independent India defeated Portuguese army to annexed Goa in the Indian sub continent.

3  to 4 Hours Before Flight Time depending on the Covid formalities.

Pick up from Dabolim airport in Goa at the scheduled arrival timing of your airplane. Or at the Railway station closest to Calangute Beach. Or at the Bus terminal at Mapusa.

Transfer to your hotel CAMELOT FANTASY or similar ( depending on availability) for check in. rest of the day free .

Goas famous Baga beach is just about 7 to 10 minutes of walking. but on the way you go past one of goas best known pubs – Tiklos. it wil be bustling with tourists of all ages and all geographies.

At a little distance away you can enjoy another very well known beach – Calangute beach bustling with people.

At around 20 minutes away is Mapusa which has all the markets, you can buy high quality cashew nuts, Goan sea food spices, Kokum ( a Goan herb) and many of the seasonal fruits. Mapusa is also a Transport hub, from where you can get a bus to visit various parts of Goa as well as busses to other pars of Western India like Mumbai, Pune, Bangalore, Belgaum etc.

Panaji – the capital of Goa is just about 30 minutes drive away, you have some fantastic restaurants, shopping, the ports of Goa, and some floating nightclubs and floating casions here ( you have to check timing first) you may get all help with the hotel itself before you venture out. 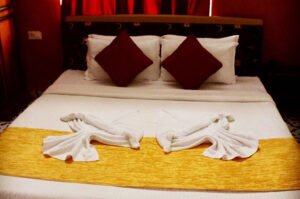 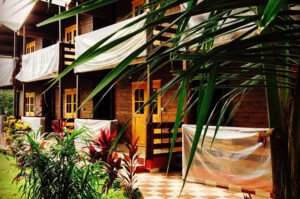 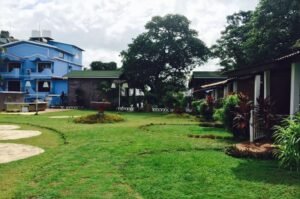 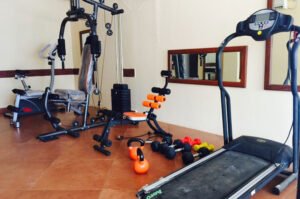 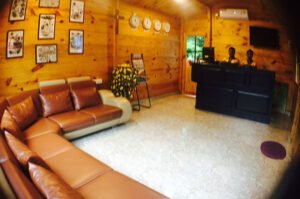 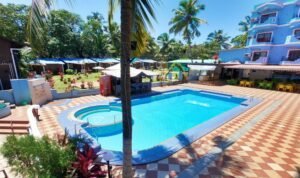 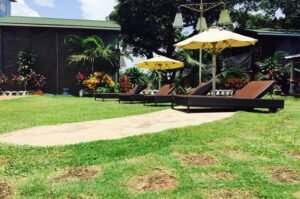 Enjoy a North goa tour of most of the famous beaches of Goa like Candolim Beach, Vagator beach, Calangute beach etc. Along with Fort Aguada lighthouse.

Back to the hotel later afternoon, rest of the time is free. You can go down to Calangute beach.

This morning after breakfast we proceed for a tour of South Goa with its historic monumets, which include the Mangeshi temple, Old Goa which has the Bascilica of Bom. Se cathedral.

We also visit the capital of Panji which also has some of the best restaurants, shopping, as well as the Miramar beach and Donna Paula where your luck may have you sight some Dolphins !.

Back to hotel for dinner and overnight.

Today after breakfast, the day has been kept specially free fro your own beach activities and some Beach shopping in Calangute.

You may try all the water activities on your own, like the water scooter, para sailing etc. enjoy the day.

Day 5Back to the Airport

After breakfast, it is time time to pack your bags and leave your lovely holiday. You have to find out the timings of Breakfast as it may not be possible if you have to leaver early.

Back to airport for your flight back with great memories.